Is Witchcraft Illegal In Missouri? [Explained Laws and Cases]

Sometimes, I people ask me this question, so I decided to write about it. Let’s learn more about laws and answer a question – Is Witchcraft Illegal In Missouri?

Witchcraft has a long and complicated history in America. The trials of Salem, Massachusetts are some of the best-known witchcraft-related incidents in history, and are seen as quintessentially American.

What few people realize, however, is that the United States of America didn’t exist at the time of the trials — Salem was a British colony at the time; the USA wasn’t formed for another 80 or so years. Only one of the people convicted of witchcraft was, maybe, possibly, actually practicing some form of witchcraft.

That’s all well and good — but what about today?

So Is Witchcraft Illegal In Missouri Today?

Fortunately, the answer is a resounding no. That said, it can be a little bit more complicated depending on where you are in the country.

Let’s take a look at how witchcraft laws are governed on a state and federal level. 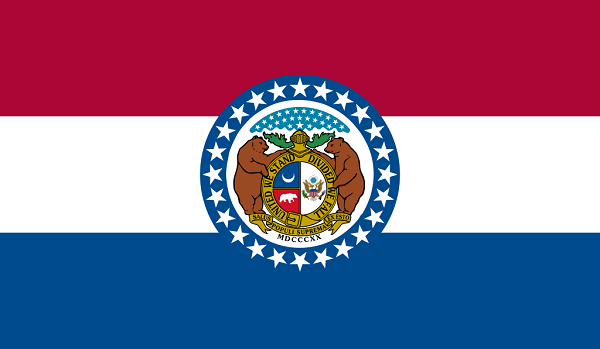 How Witchcraft Is Protected In The USA

There are two things you should know about legal protection of practicing witchcraft in the USA:

At a constitutional level, you are allowed to practice witchcraft. It’s actually covered in the first amendment:

Congress shall make no law respecting an establishment of religion, or prohibiting the free exercise thereof; or abridging the freedom of speech, or of the press; or the right of the people peaceably to assemble, and to petition the Government for a redress of grievances.

The key part to look out for Is “no law respecting an establishment of religion, or prohibiting the free exercise thereof”.

Paganism in its various forms is recognized as a religion within the USA. This has been upheld several times in court. In the 1980s, Virginia’s District Court ruled witchcraft was a valid and legitimate religion in Dettmer v Landon. A Federal court upheld the decision, cementing that those who practice witchcraft have the same constitutional protection as those who practice any other belief system.

Since 1986, the Federal government has even recognized witchcraft as a valid religion for active members of the military.

The second thing to know is that at a state level, certain practices may be barred.

Overall it’s not illegal in any given state, even Missouri, to practice witchcraft. But some specific activities fall under the jurisdiction of anti-fraud laws.

Laws against Tarot reading and fortunetelling are intended to protect people from con artists, rather than attack those practicing witchcraft. Sometimes these activities are only illegal in certain circumstances, which can further complicate matters.

Likewise the sale of charms, hexes, remedies, artifacts, etc. that are claimed to have substantial health and wellness benefits is also regulated or outlawed in many places. Much of this has to do with laws regarding practicing medicine without a license.

Most of these restrictions can be circumvented by advertising them as works of art, religious artifacts, or counselling.

The problem with these smaller laws is that while the state of Missouri might not have laws against these practices, cities and towns within the state might. If you’re unsure, check ahead.

At the beginning of the article I mentioned the original Salem witchcraft trial of 1692 — but did you know that one of the last witchcraft trials in the USA was also held there?

The Salem Witchcraft Trial of 1878 was a civil case held in May of that year. It was between two members of the Christian Science religion. A Lucretia Brown accused fellow Christian Scientist Danial Spofford of attempting to cause her harm through “mesmeric” mind powers.

Lucretia claimed that she had been healed of an injury which left her invalid in her youth through Christian Science. Then she started suffering relapses in 1877 and 1878, attributing these relapses to Spofford’s “malicious animal magnetism”.

The case garnered much attention, but was ultimately dismissed by the presiding judge.

Besides the coincidence of taking place in Salem, the story is interesting as one of the few famous examples of a man being put to trial for witchcraft.