Can a Spell Backfire? [How Does it Happen & What Can You Do]

When it comes to spells and their side effects there is something many people ask me about. Can a spell backfire? Let’s dive into this topic and learn all we need to know about a spell that backfires and why this may happen.

What does backfire mean?

The expression ‘backfire’ is used in the magic to define, in a generic way, what represents the backlash from energy brought into play by any magical operation that has not been successful. In other words, what does not reach the designated person for various reasons, returns to who sent it and in part, possibly also to the client. A returned shot, like a boomerang effect.

In short, can a spell backfire?

Yes, absolutely. To understand why a spell can backfire we need to get back to the concept of magic. Magic is nothing but art, and therefore the ability, to change reality. Aleister Crowley, one of the major exponents of occultism, said, “The general purpose of magic is to influence the world behind appearances, in order to transform appearances themselves”.

In this sentence is the essence of magic, which means transformation. So, through magic it is possible that things, as well as events, can cease to be what they are and become what we want them to be. But it is good to also underline the risks and a price to pay, and the return blow is one of these contradictions.

But it doesn’t end there. We need to know that any returned energy will be much more charged and powerful, strengthened by the other energies that were collected during the return journey.

Gerald Gardner, a British priest of Wicca, spoke of this return of amplified energies, defining this amplification as the “Law of Three”. According to this Law, in fact, every action that “returns” will go back multiplied three times.

As I said at the beginning, magic in its esoteric form is equivalent to transformation. But to transform it is necessary to interfere with the normal flow of energies. Therefore, we always expose ourselves, to a sort of credit towards the cosmic forces regardless of what, on paper, are our intentions.

In other words, even in “invisible” environments there is always a price to pay, and nobody does anything for nothing. For this reason, all those who work in magic, and their clients, regardless of the form, time and amount of rituals performed, must always keep in mind that nothing is taken for granted and that there is a possibility of a return hit.

When could the backfire happen?

Returning to the backfire, I specified how this adversity may occur when the energies brought into play during a magical operation do not reach the goal. At this point it is wise to ask yourself, why didn’t they reach the goal? Let’s say that in addition to the skill of the caster, there may be other causes in the middle.

All that we define as reality is characterized by an infinite series of interactions, interconnections, a mega tangle that binds all existing things together: both visible and invisible. And unraveling amid all this apparent chaos is not at all simple.

In this cosmic intertwining a whole series of messages are transmitted from every single part. In practice it is as if every human being were a transmitting and receiving station. In esoteric and quantum physics environments it is well known that each human body has its own vibratory field. 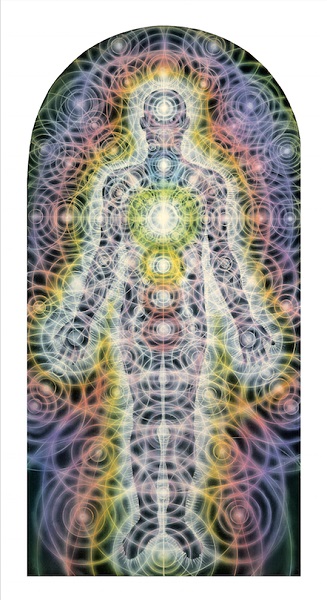 That is, it emits vibrations that, for simplicity, we can imagine as individual messages, which spread infinitely in all directions reaching any point and overcoming the barrier of space and time.

But each of us, in addition to transmitting, also receives. It would be foolish to think that we can receive all the infinite messages around the universe.

We only pick up a few. Which?

Those with whom we resonate, that is, those who have a vibratory frequency like ours. Just as to pick up certain radio signals, we must position the device on the right frequency, in the same way, we receive based on what is our current frequency.

So, we must imagine each of us as wrapped in an energy bubble. In any case, imagine this bubble is used to understand how it is that someone who only listens to some vibratory messages and repels all others. It is something separate from our will, unless, we are not very advanced people on the esoteric-spiritual path.

The spell caster’s skill consists in ensuring that their message is sent, through particular rituals and concentrations of power, has the strength and efficiency to penetrate the bubble of the targeted individual. A tactic that is very reminiscent of that of the horse operated by the Greeks to conquer the city of Troy. The same is true for taking the bubble.

Sometimes it is deception, other times it can be forced, but it may happen that the individual’s bubble remains tightly closed and the message is rejected, returning to the person who sent it. Thus, the return blow is manifested.

There are many reasons why a vibratory message is rejected by our target. For example, the spell casters ability.

In fact, its action may not have been sufficiently adequate for the subject, or it has not been implemented in the correct time. It may be that the recipient is a particularly ‘awake’ person, centered in his own conscience, and therefore has excellent defenses, difficult to pierce and too enlightened to be deceived. It is good to know that there are individuals who are very easy to reach through certain methods and on the other hand there are others who have bubbles that are more difficult to penetrate.

For example, did you ever turn around suddenly with the feeling that someone was staring at you? And by following with your eyes, discover, as if by magic, that someone was there observing you?

This happens because the eyes are energy projectors, so the energy sent by someone to our bubble and we, on impulse, detected this energy and turned to find out who the observer was, and then decide whether or not to accept their intentions.

The same happens with personal messages, if the person is sensitive and awake to notice. Not to mention that many people increase their defense with the help of protective amulets.

What can you do when backfire happens to you?

I would like to emphasize that in the case of a backfire, this turns against the person who casts it but, sometimes on the person who asked to do it. Sometimes, the instigator, and not the executor, may suffer the return hit. This is because the spell caster has taken care to protect themself, with protections, which remove him from any retaliation.

It also pays other entities for the purpose of shielding them. While the principle is often a normal person who is unfamiliar with certain environments and if they find an incapable spell caster who does not warn or protect him, he is potentially the victim of unpleasant consequences. And not only him, but also the environment that surrounds them.

I specify that magic knows no colors and is, in any case, a means of achieving a goal. It must therefore be said that every magical act, which is truly such, can trigger a return blow. And even if that doesn’t happen, it still demands a price to be paid.

At this point before making or commissioning any spell casting, it is good to ask yourself, Is what I am doing right? Is this what I really want? What’s my real goal?

If you want to rely on someone casting a spell for you with both skill and passion for what she does, I can be the right person for you. I always work to help others create their dream life and I am all about respecting my clients, their needs, their visions and wishes. Also, I have many years of experience so you won’t have to worry about possible backfires. Check all about me and my services here.