“Whoever has the mugwort in his/her journey will never feel tired”. Let’s take a look at the amazing Mugwort Magical Properties.

First, What is Mugwort?

The mugwort is part of the composite, a perennial plant that can reach up to a meter and a half in height, has a beautiful dark red trunk, yellow flowers grouped in spikes with a scent very similar to wormwood. 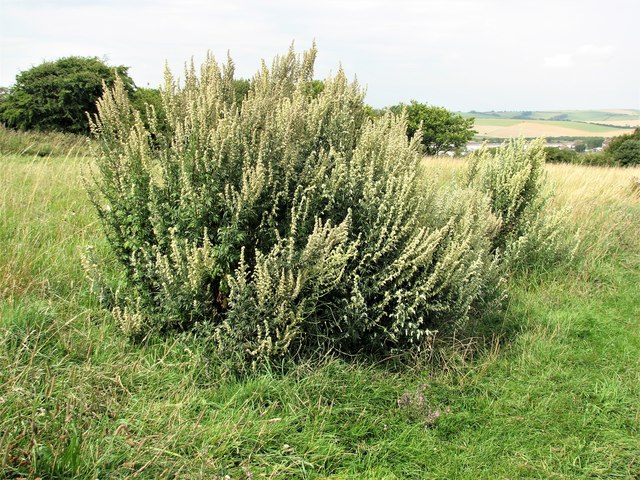 You can find it in uncultivated areas, along walls, fields, meadows, ruins, and hedges.

It is perhaps the most famous plant among the herbs of Saint John (June 24th). In ancient times it was part of the bouquet of odors and was usually harvested at daybreak, walking backward.

Its powers would be discovered by the goddess Artemis herself (Diana for the Romans), the Mother Goddess, the Moon, the one who presides over life and death, the Lady of the Woods, protector of wild animals, guardian of the sources and torrents and protector of women.

In the myth, it is said that mugwort was given to women by the Goddess Artemis, from which it takes its name, to make the menstrual cycle regular and to help with pain in delicate parts of a women body.

An old saying says: “Whoever has the mugwort in his/her journey will never feel tired.”

It was used as a talisman against fatigue and as an amulet by travelers.

This plant not only protects you on your actual hiking but also offers its protection during spiritual journeys, so it would be advisable to burn some twigs during meditations.

In the Greek-Roman world, it was known for its efficacy against convulsions and epileptic seizures that were once called “Moon-ache.”

Artemisia is linked to the lunar cycles and, like the Moon, induces the lowering of wakefulness, its flowers give off “absintina,” a bitter principle that in the past was used as a drug, causing hallucinations delirium, and sometimes even death.

Mugwort is a simple plant, but very complete. It is a herb of life, but as we have just seen, even of death.

Here the folk wisdom comes to our aid; in fact, the witches knew the right dose needed for the various cases of illness.

They dosed the medicine with wisdom, but they did not always succeed.

To Boost your Love and Sex Life

The tradition calls for the weaving of mugwort crowns to adorn the head of the young, to ward off evil spirits and to lighten the heart of pain.

In some countries, on August 15th, the spouses give themselves crowns of mugwort to satisfy fertility.

In almost all of the east, magical figures are made with mugwort and are hung outside the door to ward off evil from the houses.

To communicate with the Gods, the ancient Greeks mixed Artemisia flowers with the fat of sacrificed animals. The smoke that ascended to the sky was very pleasing to the gods.

You can also take a look at Free Sex Spells and Rituals.

There are various legends about this magic plant, but one, in particular, is more known than the others.

It starts with a girl who goes for a walk and ends up in a hole full of snakes.

On the bottom of the cave, there is a luminous stone and snakes, to be able to satiate, they lick the juice it emits.

The girl, to survive, imitates snakes and, when spring comes, they wind up and make up a ladder so they can let the girl out in the open.

The queen of snakes gives the girl a gift, granting her the right to understand the language of plants and to know all the medicinal properties; in return, she must never mention mugwort.

The girl soon realizes that she understands everything that plants say and suggest.

One day, a man asks her what that plant that is born on the fields, on the edge of the paths.

The girl, without thinking, replies: “Mugwort,” and suddenly, the plants stop talking to her.

This is why mugwort is also called – as the ‘The plant of oblivion.’

Its magic can drive away all that is bad: evil spirits, epidemics, and adversity.

And its fumes, if breathed in, favor dreams and visions.

The Celts seized it at daybreak, walking backward to confuse the traces of the evil forces. Then they used it to support the virgin’s head and regulate her menstruation.

According to some beliefs, under its roots grows coal capable of preserving from lightning, plague, and demons.

Even St. John the Baptist used to wear mugwort belts to keep the devil away.

Great Against Bad Omens and Accidents

According to a Christian legend, the plant sprouted in the earthly Paradise, along the path that the serpent had to travel to prevent its progress and preserve a man from sin.

From here, Artemisia became the herb of the pilgrim par excellence: few leaves in the shoes were sufficient to prevent fatigue and drive away evil spirits or dangerous animals.

Its bond with the traveler was so deeply rooted that on the doors of the carriages and the first automobiles they used to paint a plant of mugwort to protect themselves from accidents.

Take a look at my favorite Protection Spells.

A Quick Mugwort Spell to Protect Yourself and Your Home

How to perform it: